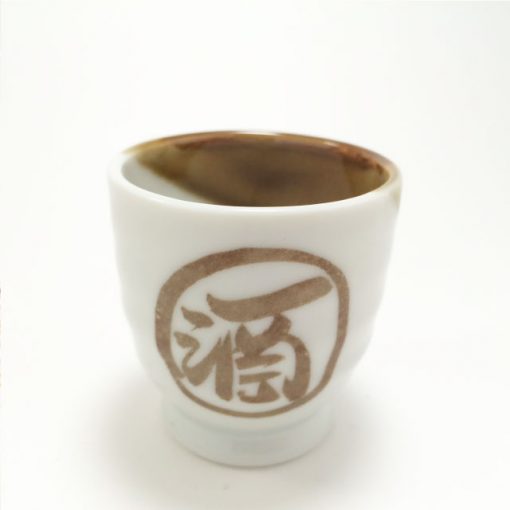 This Sake cup comes with the kanji of Sake (酒/さけ) painted on the side of the Sake cup. It is a piece of Mino ware which accounts for the majority of the Japanese pottery wares in Japan.

Feel the atmosphere of Japan culture with this Sake cup!

Made in: Gifu Prefecture, Japan