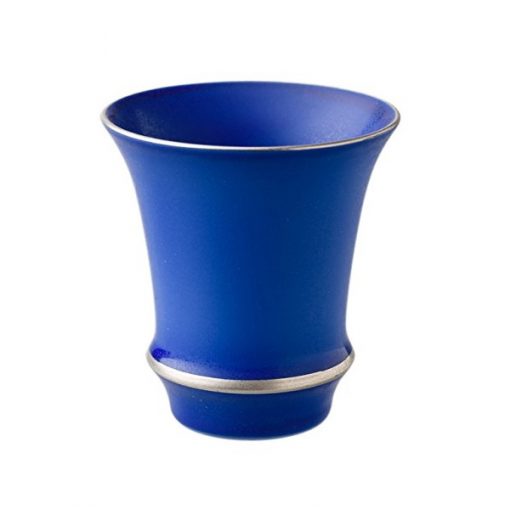 Make you Sake time brighter. This Arita Ware Sake Glass Blue is a piece of Arita Ware, made in the town of Arita, Saga Prefecture.

It is said that in the early 17th century, pottery stones used as the raw material for porcelain were discovered in Izumiyama, Arita-cho by the first generation Sanbei Kanegae (commonly known as Li Sanpei), who was a Korean potter.
As the first porcelain production area in Japan, it has continued manufacturing for 400 years centering on tableware and arts and crafts.