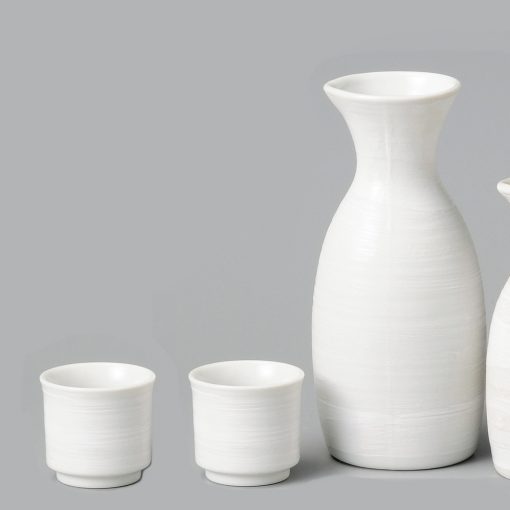 This is Mino Ware Sake Set White Brushstroke.
A beautiful Mino ware Sake set with white brush finish. Mino ware is one of the traditional Japanese ceramics made in Gifu Prefecture.

Tenmoku is a dark glaze with a surface that resembles oilspotting found in Chinese and Japanese ceramics.