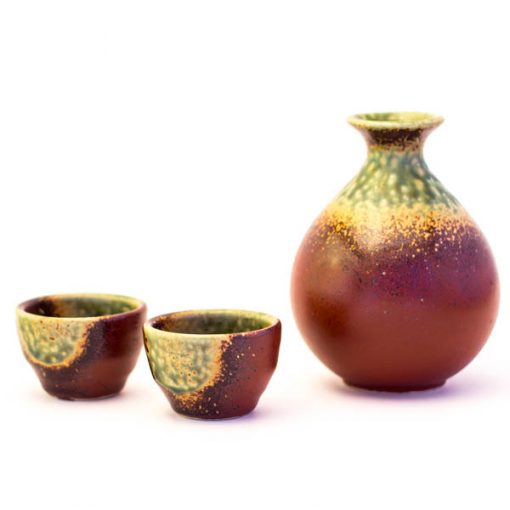 This is Mino Ware Sake Set Red Oribe.
A Mino Ware Sake set in reddish colors. Mino ware is one of the traditional Japanese ceramics made in Gifu Prefecture.

Oribe Ware is one of the Mino styles, most identifiable for its use of green copper glaze and bold painted design.