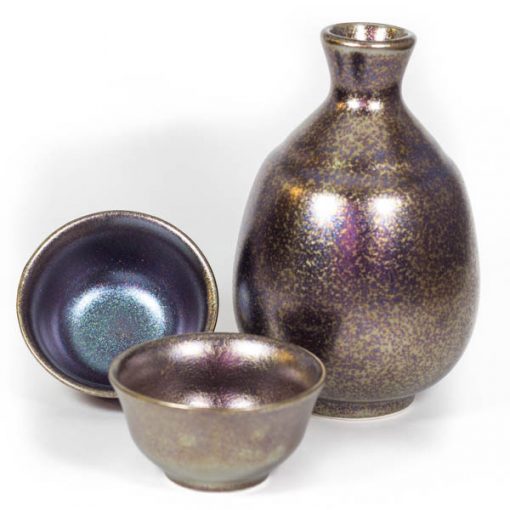 This is Mino Ware Sake Set Rainbow.
A Mino Ware Sake set in shiny black color. Mino ware is one of the traditional Japanese ceramics made in Gifu Prefecture.