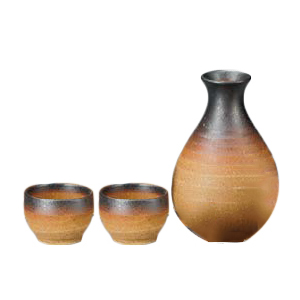 This is Mino Ware Sake Set Iga.
A Mino Ware Sake set with black and brown rust finish (not actually rusted though). Mino ware is one of the traditional Japanese ceramics made in Gifu Prefecture.