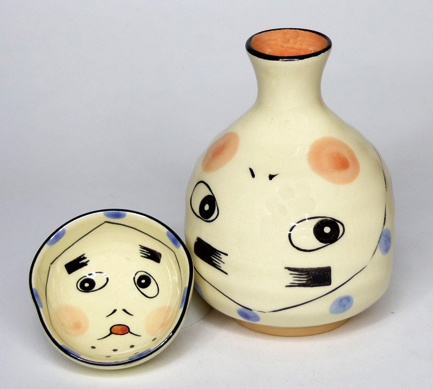 This is based on the motif of hyottoko and is a very unique product. This is especially recommended when you want to make your customers smile a little.
This sake vessel will surely make the sake table more exciting.