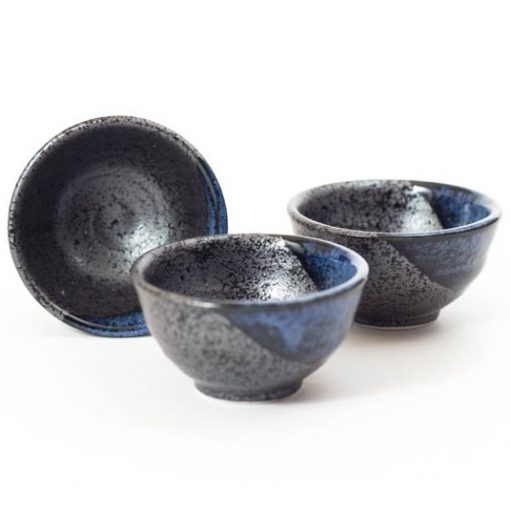 Only 1 Cup
Dispatch within 3-7 business days.

A Mino Ware Sake Cup Blue Stream. Mino ware is one of the traditional Japanese ceramics made in Gifu Prefecture.

This is one of the basic Sake cups that can be often seen in Japanese restaurants. The Sake cup set comes in 3 cups.