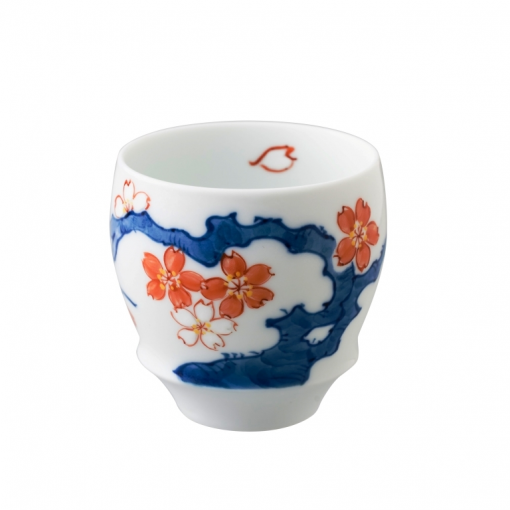 Make you Sake time brighter. This SAKE CUP Cherry Blossoms is a piece of Arita Ware, made in the town of Arita, Saga Prefecture.