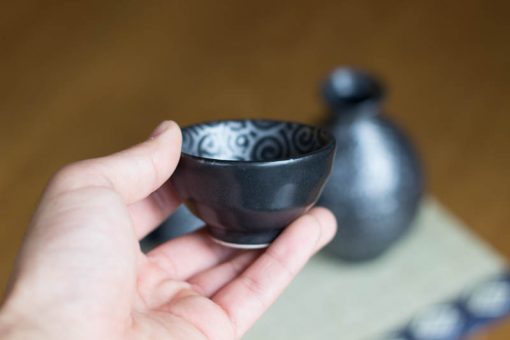 The unique Mino ware piece with exotic swirls. These enigmatic hieroglyph-like patterns look as if they try to drag you into the mystery of the Sake world.

It’s Mino ware piece – one of the traditional Japanese ceramics made in Gifu Prefecture.